Universally regarded as one of the top vocalists in the world, with a legion of ardent fans including Patti LaBelle, President Obama, Fantasia, etc., "The Essential Beverly Crawford – Vol. 2" features Grammy & Stellar winner Beverly Crawford in her element along with a bevy of legendary guest vocalists including soul icon Shirley Murdock, Shawn McLemore and more.

In Walmart stores everywhere, "The Essential Beverly Crawford – Vol. 2" is the follow-up to Beverly’s #1 chart-toppers “He’s Done Enough,” which dominated the Billboard Charts for over 70+ weeks & garnered 7 Stellar Award nods (including Album of the Year, Artist of the Year, Female Vocalist of the Year, etc.), “It’s About Time For A Miracle” and “Sweeping Through The City” which debuted #1 on Billboard Sales Chart. 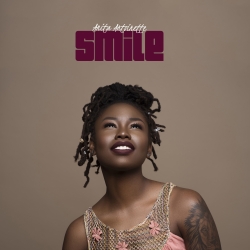