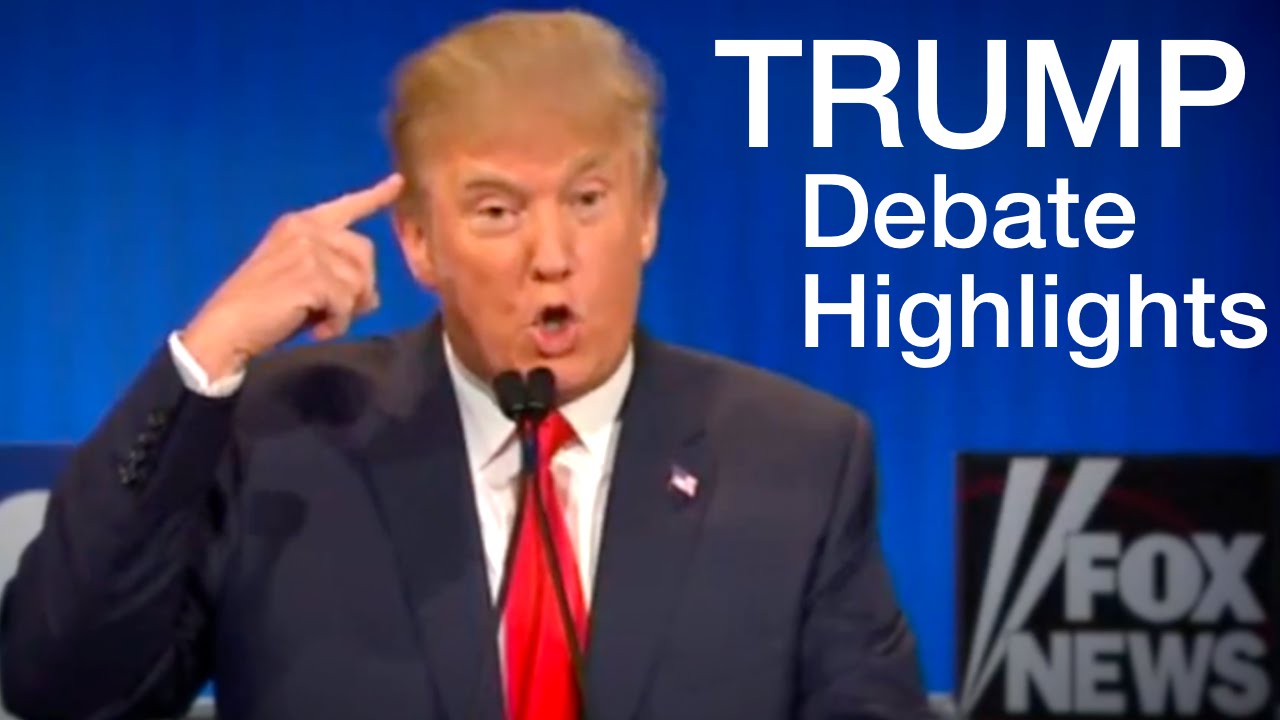 Sen. Marco Rubio led an assault on Donald Trump’s anti-immigration bona fides and thin policy prescriptions during a televised debate Thursday, offering the most direct challenge to date to the billionaire as the race for president moves into a critical stage.

Rubio and Sen. Ted Cruz, who for months had seemed wary of taking on the real estate magnate turned reality TV star turned politician, both challenged Trump’s self-professed leadership on the issue of illegal immigration. They cited cases in which his businesses had employed undocumented workers as well as his campaign contributions to supporters of a comprehensive immigration reform proposal.

Rubio argued that Trump was a hypocrite on the issue, calling now for the deportation of those in the country illegally but until recently supporting a path to citizenship for them.

“If he builds the wall like he builds Trump Tower, he’ll be using illegal immigrant labor to do it,” Rubio said after Trump reiterated his signature pledge to build a massive wall on the U.S.-Mexico border.

Trump derided the comment as a “cute sound bite,” much as he’s done in nine previous debates when now-former candidates had taken him on. But Rubio was unfazed, and at one point said viewers should see for themselves:

TRAIL GUIDE: Follow along with live coverage of Thursday’s debate

Emblematic of the reversed roles in the debate, Rubio poked fun at himself as he pressed Trump for greater details on his healthcare plan. Trump described a proposal to allow health insurance companies to cross state lines and increase competition, and promised it would be “a beautiful thing.”

“Now he’s repeating himself,” Rubio said with a grin, borrowing the line that New Jersey Gov. Chris Christie had used to skewer him during a debate before the New Hampshire primary earlier this month.

Cruz joined in, accusing Trump of having given campaign contributions to Democratic politicians who supported citizenship for immigrants in the country illegally.

While Trump claims credit for having made illegal immigration a prominent issue in the campaign, Cruz argued that he had been fighting in the trenches on the issue while his rival built an entertainment career.

The willingness of Rubio and Cruz to engage with the party front-runner stood in stark contrast to the kid-glove treatment both men had afforded him in previous debates. Just weeks ago in the debate in New Hampshire, Cruz had deflected a direct question about whether Trump had the temperament to be president.

Whether the shift in strategy came too late to alter the course of the nomination fight will be apparent soon.

The forum in Houston comes days before the Super Tuesday primaries, when GOP voters in Texas and 11 other states go to the polls. At stake are 595 delegates to the Republican National Convention in July — nearly half the total needed for a candidate to claim the nomination outright.

If Trump runs the table, or comes close, he will build a nearly insurmountable advantage, leaving scant opportunity for his opponents to come back.

Rubio entered the debate under intense pressure from establishment Republicans, who have lined up behind him in recent days, believing he is the best mainstream alternative to Trump. Hours before the debate, Bill Haslam, the governor of Tennessee – Super Tuesday’s third biggest delegate prize – became the latest to endorse the Florida senator.

Republican elite are shifting their thinking on Donald Trump: ‘You know, this could happen’

Cruz faced a different kind of pressure after a disappointing third-place finish in South Carolina last Saturday, where he failed to capture enough votes from the evangelical and arch-conservative voters who form the backbone of his support. Several polls show Cruz leading here in his home state, but a few show a tight race with Trump. Rubio’s home state holds its contest on March 15.

Until Thursday neither Rubio nor Cruz had mounted a sustained attack on Trump, allowing him to emerge relatively unscathed while they tried to win the mantle as Trump’s most formidable challenger.

Indeed, both Rubio and Trump had been focusing their attacks on Cruz, accusing him of lying and resorting to dirty tricks.

But Trump’s victory Tuesday in the Nevada caucuses, his third in the four early state contests, triggered a new urgency not only from his rivals but the party establishment.

In the days leading up to the debate it was the party’s 2012 nominee, former Massachusetts Gov. Mitt Romney, who took on the role of Trump antagonist. He challenged the real estate magnate to release his tax returns and counterpunched when Trump labeled him a loser.

Ohio Gov. John Kasich and retired neurosurgeon Ben Carson seemed mostly bystanders in the debate amid the sniping of the three leading candidates.

Carson opened the debate with a plea to his rivals to keep the debate civil.

“Marco, Donald, Ted, John, we will not solve any of these problems by trying to destroy each other. What we need to do is be looking for solutions tonight,” he said.

Kasich at one point cited the disappointment of a young girl at one of his campaign events: “I don’t like all this yelling and screaming at the debates.”

Neither appeal seemed to have much effect.

Hennessy-Fiske reported from Houston and Bierman and Memoli from Washington.

The FAIR Act: What the Senate Vote Means for the Future of Consumer Rights