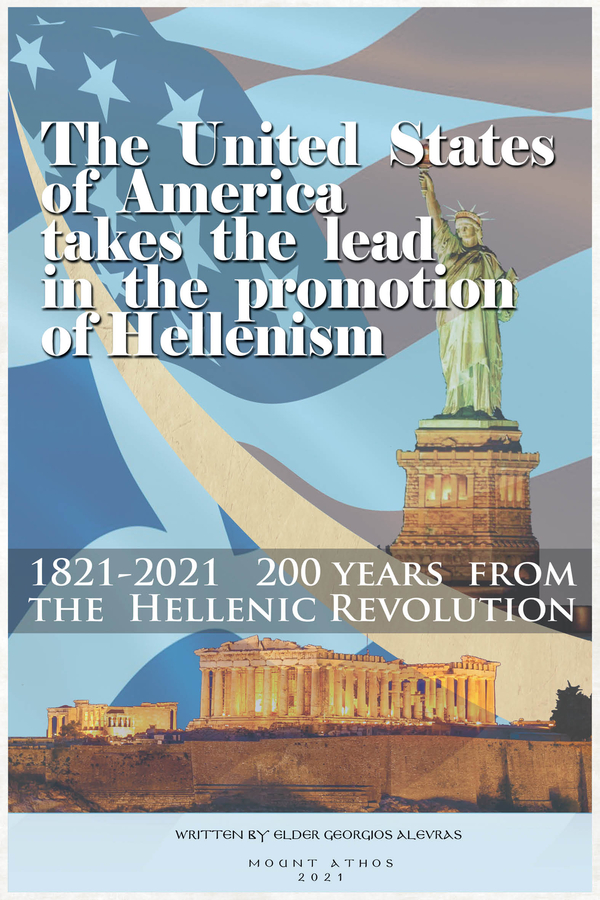 Father Georgios Alevras, Elder of the Sacred Kalyvi of the Holy Trinity in the area of Provata, located on the northeast foot of Mount Athos, presents his work to the President in tribute to the unique contribution of the American people to Hellenism

WASHINGTON, DC/MT. ATHOS, GREECE, March 28, 2021 /24-7PressRelease/ — “The United States of America Takes the Lead in the Promotion of Hellenism”) In his letter to President Biden in presentation of the book, Hieromonk Georgios Alevras (Elder George) writes, “in recognition of the unique contribution of the American people to the Hellenism, it is my honor to present this work in tribute to the United States of America. Both countries share the four highest values that any individual can honor. Love of the homeland, love of the family, love of freedom and especially love of God.”

The First Superintendent of Mount Athos, Elder Pavlos, knowing of Elder Georges efforts all these years for Greece’s spiritual awakening encouraged him to represent Mount Athos, commemorating this landmark anniversary of 200 years since the Greek Revolution of 1821 with the publication.

The book is a marvel of work, with many images, photographs and writings encapsulating the past history of both nations’ accomplishments, highlighting the present and anticipating the future continued unity of both countries in their commitment to democracy. It celebrates the strong people-to-people ties between the U.S. and Greece over the last 200 years, the distinguished Americans who supported Greece, how Greek Diaspora embraced and excelled, the long-standing relationship with the Orthodox Church, and the contribution in the most difficult moments of Hellenism.

It brings to light the American presidents who supported Hellenism and the Greek people. John Quincy Adams, the 6th President of the United States, and Ioannis Kapodistrias, first Governor and the father of the modern Greek state are a paramount example of the ethos and faith to God. Ioannis Kapodistrias urged the Greeks to turn their hopes to the United States because it was a new world and emerging superpower.

Elder George was born in Trikala, Greece, on March 22, 1963. Throughout his school years, he was very active in sports, particularly basketball, being selected to play with the Hellenic National Junior Basketball Team. After completing his secondary education, he served his term in the Hellenic Air Force as a sergeant. This period was a determining factor in the future of his life.

Then he meets the Elder Porphyrios, now canonized as a Saint, who immediately becomes his spiritual Father and embraces him with divine love. He accepted the invitation of the Saint to visit Holy Mount Athos. In 1988, without the slightest hesitation, he devoted himself to God and to his Elder, Saint Porphyrios, remaining with him as a monk. Elder Porphyrios gave Fr. George at the time, a directive to leave the Holy Mount of Athos to minister to people in the world as required by circumstances.

Indeed, after Saint Porphyrios went to the Lord, Fr. George started his ministry throughout the world for more than ten years. In 2004, just before the Olympic Games in Athens, he wrote a special tribute to the Holy Elder Porphyrios, entitled “Spiritual Olympiad”. The same year, a magnificent icon was created under his personal guidance. This icon of our Holy Lady “the Patriot, That They May Be One” (in Greek: Panaghia Patriotissa “INA OSIN EN”), is unique in the long history of Christian iconography. This icon reflects the sacred legacy of unity that Jesus Christ conveyed to all mankind in his final prayer before the crucifixion. These very words that Jesus had spoken, “That They May Be One,” were the last words pronounced by Saint Porphyrios before he fell asleep in the Lord. The original icon is now located on Holy Mount Athos, at the Sacred Monastery of Great Lavra.

Elder George was ordained on May 21, 2018 as Dikaios of the Sacred Skete of the Holy Trinity, Kafsokalyvia, Mount Athos, for one year. (The Dikaios, or Justice, is the head of the Skete, with similar capacities to the Abbot of a Monastery) Today Fr. Georgios Alevras is the Elder of the Sacred Kalyvi of the Holy Trinity in the area of Provata, located on the northeast foot of Mount Athos, near to Monastery of Great Lavra.

Elder George is a beloved and charismatic monk who has embraced the monastic and angelic lifestyle. A miraculous phenomenon has been happening for a year at his room, the Cell of the Holy Trinity on the Holy Mount Athos.

According to Elder George and eyewitnesses, the icon of Christ the Great High Priest on the Royal Doors, in the Cell of Holy Trinity in the Provata area of Mt. Athos, has been moving on its own. During prayer, the Royal Door on which the icon hangs initially moved on its own for three days, from November 20 to 23 of 2019, however, the icon has started to move again continually since the previous April of 2020. Sometimes the icon moves more quickly, sometimes more slowly, but its movement is not attributed to any natural causes or human intervention.

“This miracle has been verified by both the spiritual and administrative authorities on Mt. Athos, including Abbot Prodromos of the Great Lavra Monastery, elder Paul the superintendent of Mount Athos, fathers from numerous cells and hermitages on the Holy Mountain, and the Commander and Deputy Commander of the Karyes Police Department. The icon has also been seen by a number of pilgrims.” adds Elder George.

The official report also states that candles were placed before the Royal Doors to examine any air flow that could be moving the icon, but the flame did not move at all, while the icon continued to move. The police also rechecked the occurrence. They tried to stop the movement of the icon, which after stopping began to move again on its own with greater tension in a miraculous manner. The icon has also been seen by a number of pilgrims.

With the blessing of Elder George, it was filmed by a national program and aired on national television. It was also placed on YouTube for all to see, as of this writing it has nearly 250,000 views and close to 6K likes. Elder George says that “its movement is a sign of solace for all people who believe in Him and of judgment to anyone who does not believe he is the Savior. He gives hope and at the same time it is a warning for the faithless.”

To assist with the mission of Elder George and spread the word of the miraculous event at Mt. Athos to the world, with his blessing, a website hosting these events has been created. The site contains a free downloadable pdf of his book, “The United States of America Takes the Lead in the Promotion of Hellenism,” the segment and filming of the Miracle of the Moving icon in the Cell of the Holy Trinity Cell, a national TV interview with Elder George on blessed Saint Porphyrios. All this information and far more about this inspirational servant of God can be found at https://elder-george.com.

A Congressman Plans To Breach Dams 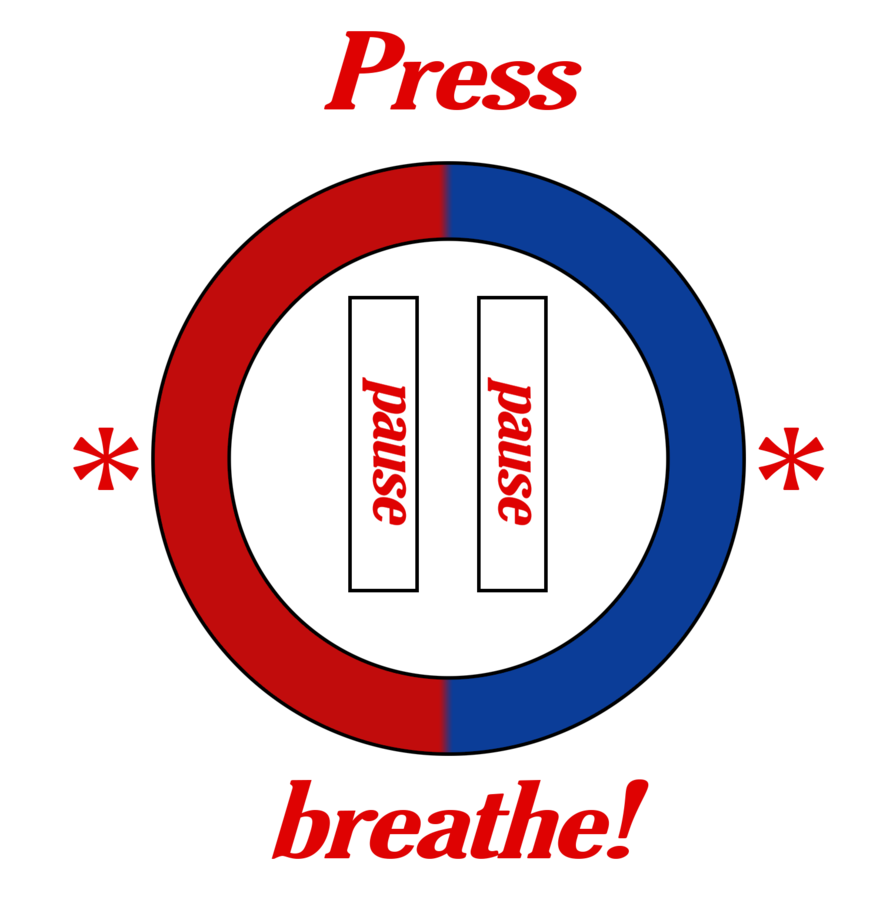