Legend of Zelda Tips According to Matt Keezer

Matt Keezer takes a moment to give us some thoughts on the new Legend of Zelda.

MONTREAL, QC, February 28, 2021 /24-7PressRelease/ — The Legend of Zelda: Breath of the Wild is one of the finest adventure games ever made by Nintendo. This boundary-breaking game allows players to travel across vast fields, through forests, and to mountain peaks as they discover what has become of the kingdom of Hyrule.

Matt Keezer, the founder of Orion Immersion, a young gaming company on a quest to build the NextGen MMO games, was so excited when he got his hands on the game. “The Legend of Zelda: Breath of the Wild is a big, brilliant game full of secrets to uncover. It’s a blast to explore,” Matt says. However, he also admitted that the game was a bit challenging when he started out.

To make the adventure as enjoyable as possible for the other players, Matt decided to share some of his Legend of Zelda tips he discovered after hours of playing the game.

1.Find a Horse
Breath of the Wild is so far the biggest Zelda game with the largest open world. Traveling on foot is fine, but traveling long distances is much faster with a horse. Players can tame horses they come across in the wild. To do so, it is necessary to crouch and slowly walk over to a horse.

When close enough, pressing A will make Link mount the hours. Chances are the horse will start going wild, and, in order to soothe it, the player should start tapping the L button.

2.Turn off the HUD
Breath of the Wild is a beautifully-made game, and the players should enjoy the breathtaking views all the time. In order to enhance this experience, Matt Keezer recommends turning off the mini-map and temperature gauge. Matt admits that it was a bit unusual to play the game like this at first, but once he got used to it, he never wanted to go back.

3.Focus on Towers First
In Legend of Zelda, towers serve both as waypoints and sources of information. Link’s map remains blank until he finds a tower in each region. For that reason, Matt recommends exploring the towers first. Not only will this add the region to the map, but the player can also use the tower as a new fast travel point.

4.Shrines Are Important Too
In addition to towers, players can also explore shrines. Each shrine is a fast travel point and it enables players to start exploring in one direction and then backtrack to check out what’s in the other direction.

5.Search for High Ground in New Areas
Matt Keezer points out that a good rule of thumb in Legend of Zelda is to explore from the top down. It is much easier to get one’s bearings and fine cool items when starting from a high point.

6.Climbing Tips
Players can take advantage of physics as they climb. Matt recommends finding little ridges on mountains where players can stop and stand still for a few seconds, until Link’s stamina is recharged. In addition, it takes more stamina to jump upwards than it does to climb normally, so it is recommended to avoid jumping when trying to conquer big walls.

7.Keep a Range of Melee Weapons
Link’s weapon inventory is divided into bows and melee weapons. However, every melee weapon has different properties, so it is worth keeping different types of those weapons. For example, a sword is an excellent choice when fighting enemies. However, when breaking stone, players need to use a club or a hammer.

8.Investigate Things That Seem Out of Place
It is expected that Breath of the Wild would be filled with little puzzles scattered everywhere throughout the game. Matt Keezer recommends solving the puzzles since they often reward the player with special items that can be used to expand Link’s inventory.

9.Talk to Everyone in Town
In Legend of Zelda: Breath of the Wild, chatting with townspeople is always fun. They always have useful things to say and can reveal what is happening in a region. And, the characters with red exclamation points near their names represent side quests. All in all, talking to townspeople is either super useful or just hilarious.

10.Don’t Worry About Weapon Durability
Breath of the Wild is the first Zelda game that introduces weapon durability. Of course, this has many players worried that their weapon might break in the middle of a fight. But, as Matt Keezer points out, weapon durability is not something to worry about. The game gives players more weapons than they can use, so they shouldn’t be worried about using their best weapons. Even if a weapon breaks, finding a new one can be done in no time. 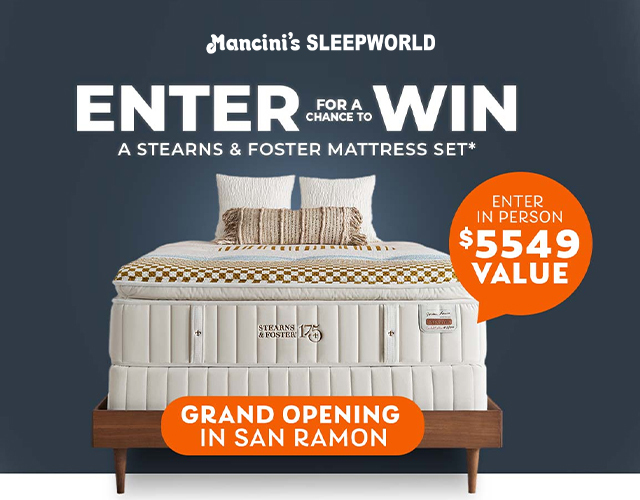 Mancini’s Sleepworld is all set to open its 35th store in San Ramon, Bay Area

Narcissists Are Thriving In Our Culture. Don’t Let Them Ruin Your Life! PARADE Magazine Offers Help