NEW YORK, NY, January 12, 2021 /24-7PressRelease/ — Three prominent physicians and scientists from three prestigious institutions criticized in an opinion paper just published in the highly rated journal Trends in Molecular Medicine the continuous utilization of Preimplantation Genetic Testing for Aneuploidy (PGT-A) in patients undergoing in vitro fertilization (IVF), and warned against the recent introduction of fourth-generation, “non-invasive” version of the test.

PGT-A, an embryo screening test used during IVF, has gone through several name changes, along with technological improvements, in its over two-decade-long history. Originally called Preimplantation Genetic Screening (PGS), PGT-A was first marketed to improve pregnancy rates in IVF and reduce miscarriage rates by selecting chromosomally normal embryos to implant in the uterus.

Despite technological improvements, multiple iterations of the test have failed to achieve the claimed outcome improvements. As further evidence of the test’s inability to distinguish embryos with developmental potential from those that will not result in healthy pregnancies, hundreds of healthy babies have been born worldwide from embryos deemed abnormal by PGT-A. However, PGT-A is still widely recommended to IVF patients and constitutes a critical source of revenue for many IVF centers and genetic testing laboratories.

The paper, co-authored by Norbert Gleicher, MD, Medical Director and Chief Scientist at the Center for Human Reproduction in New York City, Pasquale Patrizio, MD, Professor and Director of the Yale University Fertility Center in New Haven, CT, and Ali H. Brivanlou, PhD, Robert and Harriet Heilbrunn Professor at the Rockefeller University’s Laboratory of Synthetic Embryology in New York City, explaines the fundamental biological reasons why PGT-A has been unable to improve IVF outcomes for patients, among those the recently confirmed fact that early-stage human embryos have the ability to self-correct chromosomal abnormalities (aneuploidy) on their own after they underwent PGT-A, rendering the procedure fundamentally futile. According to the authors, “there is even emerging evidence that aneuploidies of early-stage embryos may have a biological function in facilitating implantation.” Gleicher adds to this comment in the paper: “This may be why aneuploidy is so common in preimplantation-stage embryos but quickly disappears after implantation.”

About the Center for Human Reproduction (CHR)
The Center for Human Reproduction (CHR) is a leading fertility research and treatment center in New York City. Specializing in fertility patients with the most difficult cases of infertility from all over the world and helping them conceive with their own eggs, CHR has earned the reputation of being the “fertility center of last resort.” One of the first to speak out against routine utilization of PGS/PGT-A, CHR pioneered the transfers of select embryos deemed abnormal by this test, which have since resulted in hundreds of healthy births worldwide. Dr. Gleicher, CHR’s Medical Director and Chief Scientist, is available for further comment. 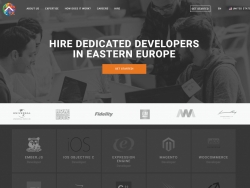